If you’d like to listen to this article, you can find the audio here: Finally Feeling On Your Game – Three Audio Posts!

Have you ever gotten back from a trip, or jumped back into work after a busy weekend, and your mind felt like a mess?

Sometimes it feels like there is way too much to do, and you simply don’t have the energy to do it. (Can you relate?)

Today I’m going to bring you into my life and show you exactly–step by step–how to get out of this frenzied state and totally calm your mind. (Because I’m in that mental mess right now…)

I’ve literally replicated this method hundreds of times, and it always works.

This is simply a process of closing the “open loops.”

I first learned about these from David Allen’s best-seller, Getting Things Done®. Essentially, they’re commitments made to yourself or to another person that haven’t yet been fulfilled. They’re hanging out in limbo (your brain), and they essentially drain your energy without you even realizing it (like when you have a bunch of apps open on your phone at the same time).

Here are my current open loops (feel free to skim…you’ll get the point):

There are a couple of other things weighing on me, as well, but they’re a little too personal to record here, so I’ll just leave it at that.

I’m guessing the open loops I listed above parallel your open loops. Our lives are unique, but most of us have a HUGE list of things on our minds.

So what do we do about them?

My first instinct is to climb back into bed and watch When Calls the Heart, but that won’t solve the issue. Instead, I’m going to make a plan that I know I can execute.

Step 1: Identify what can be done in two minutes or less.

David Allen’s two-minute rule says that when you have a two-minute task, you don’t write it down on a task list. You just do it.

Side Note: Jonathan Bailor, from SANE Solutions, wrote a book called The Calorie Myth, that totally changed my life. I learned how I never have to be hungry again by eating lots of healthy foods.

Step 2: Figure out what can be delegated.

This part can get a little tricky because you might not have anyone else to help you right now. And even if you can delegate part of a project, you still own the project. It also feels a bit overwhelming because delegation can take time, and if you don’t have time, you think, “I’ll just do it myself.”

Danielle and I share tasks with each other in Asana, so for something like posting the links from the Q&A call, I simply outline all the details, select Danielle as the designee for that step, and give it a Friday deadline. I don’t need a calendar trigger to follow up because Danielle is 100% trustworthy. 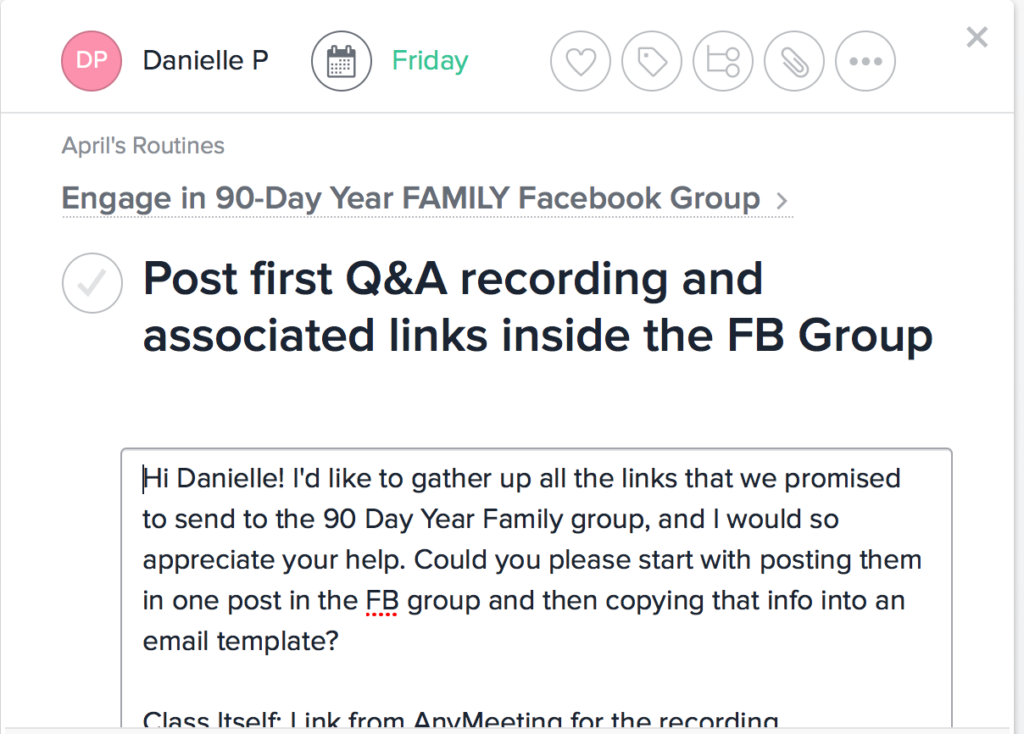 Next, I’d like a couple of my children to help clean out the car before we go on an outing today, so I’m going to make a note in my planner to work with them after breakfast. (There’s a little appointment schedule in my paper planner where I record quick things to do around the house or with the children. I only use this tool for my home-related tasks because I don’t like to always be on my phone. Work = digital. Home = paper…for now.) 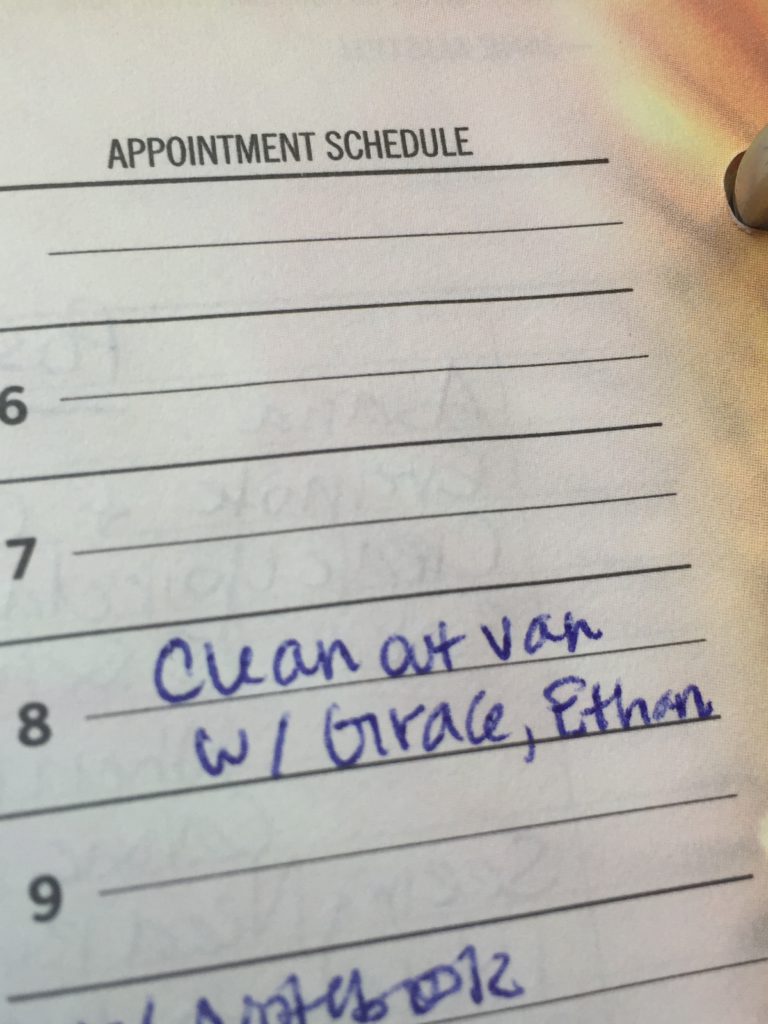 Eric and I work from home together, and although we have an outing planned with the children this morning, we’ll be back in the office this afternoon. That would be a good time to talk with him about the YNAB categories and next steps on establishing our pricing structure–plus we need to finish up a worksheet we’ve been filling out for an online course we’re taking.

I put all of that into a task in Asana with a deadline of 3pm today: 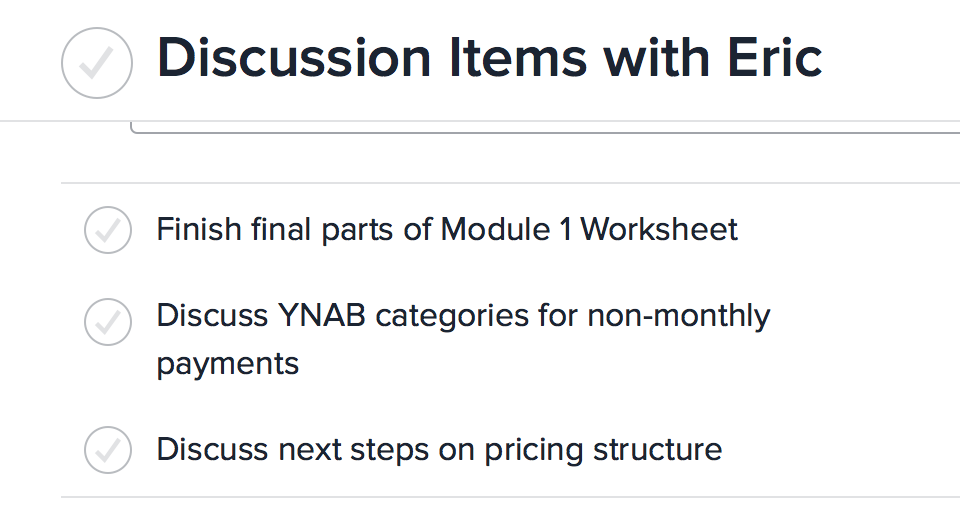 Step 4: Identify the best time to work on bigger projects.

Looking at my initial list of “overwhelm,” the only things left are getting my emails to zero, figuring out when to post Greg McKeown’s interview, and putting all of my ideas into Asana.

Eric and our girls are going to be involved in a big conference this weekend at church, so I’m actually going to have quite a bit of time to do computer work while they’re gone. I’m going to wait until then to work on our content calendar and put my ideas from my notebook into Asana. (I’ll record two triggers in Asana right now so I won’t forget to do those things on Friday…)

The “Emails to Zero” can be started right now.

I’ll go through a similar process of completing the two-minute ones right away, delegating what I can, creating agendas/discussion items, and noting details for project-related emails within Asana.

All emails that are linked to a task, discussion, or project are referenced alongside the task itself and added to my @Tickler folder (I’ll write something like, “See email 7/12 @Tickler), where they will wait patiently until they are needed. That way, my inbox stays at zero.

You have a lot coming at you. I get it. And while no day ever goes exactly as planned, when your brain knows that there’s a plan in place to review and accomplish the tasks and projects on your plate, your mind will feel calm. No more open loops, and no more anxiety over those to dos.

It’s a little piece of heaven every day.

This process of closing open loops is exactly what we do inside of our Steps to Everyday Productivity program. Want to learn more simple tips to build your very own “command central”? Join us for a class this week!

And for a few simple tips you can apply right away to begin architecting your life, download this free guide: Five Life-Changing Habits Most People Overlook. 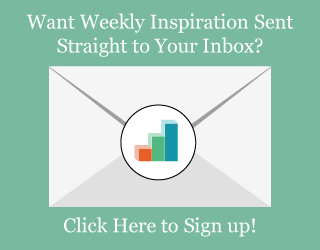 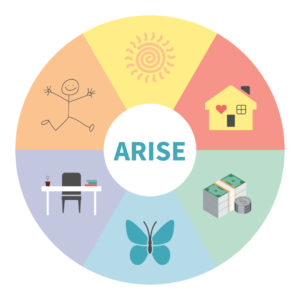 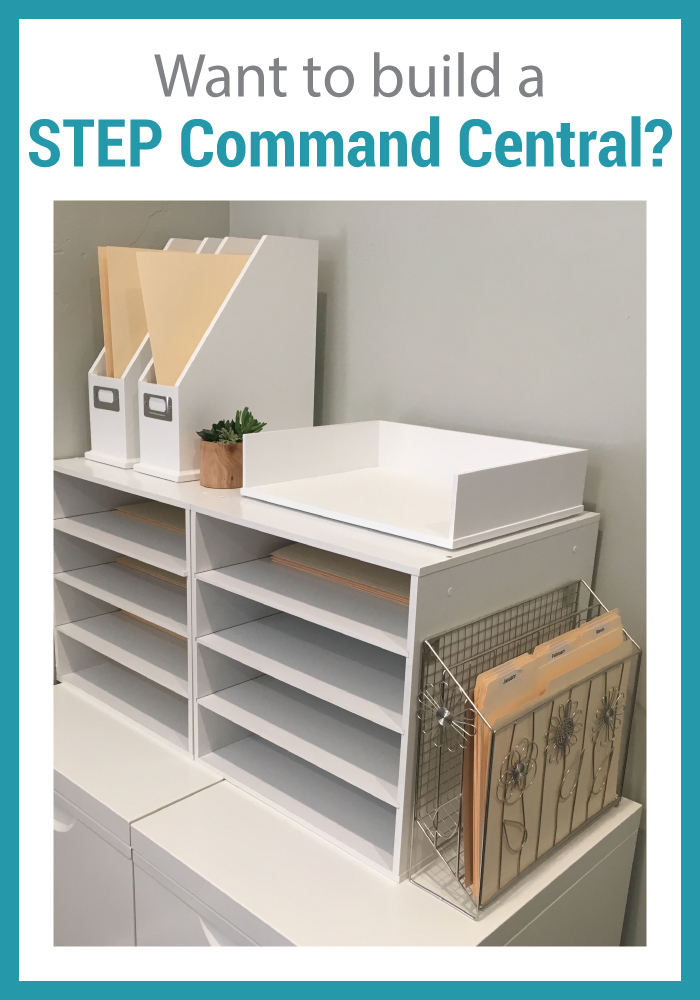 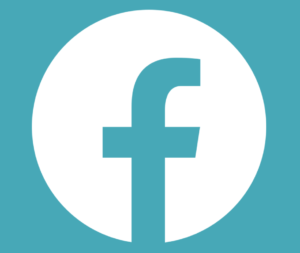 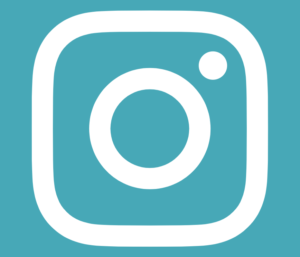